You can read the latest newsletter on that page. It appears at the top of the list.

We no longer send out printed newsletters, so please make sure that you subscribe to receive our email newsletters. 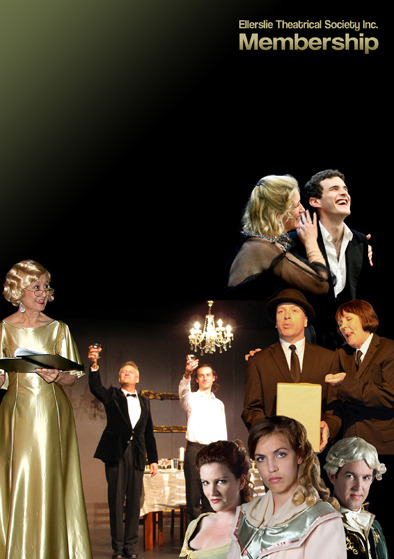 ETS needs your support which you can give by renewing or by becoming a new financial member, attending the shows and participating in our productions in the areas of activity outlined on the membership form. The membership year runs from 1 January to 31 December each year.

As a member you will:
receive regular newsletters and audition notices;
be able to participate in ETS plays and social functions;
receive a discount on ticket purchases;
support your local, non-profit, theatrical society;
increase the number of financial members to support grant funding applications.

You can pay your membership by using internet banking. Just visit our Membership page and it will guide you through online banking and then help you to contact us when you have paid. Easier than paper forms, and no postage! If you are interested or willing to participate in any aspect of the theatre, please let us know by ticking or adding your interest on the membership form. 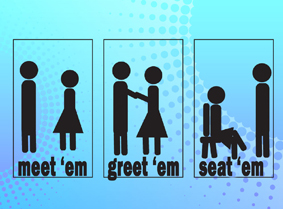 ETS volunteers play a vital part in the life of the theatre assisting with a variety of tasks and bringing their own enthusiasm, knowledge and skills to add to the theatre experience.

Can you offer any talents and time with any of the following:
. Being part of the team making finger foods for Gala nights,
. Helping serve teas and coffees and with general hospitality during shows,
. Creative ideas and skills for Front of House Displays,
. Helping with catering, serving and clearing up during our Double Dress rehearsal?

For more details please contact Rona Colbert on 09 525 3336 or by email to hospitality@ellerslietheatre.co.nz

We give a discount to members, to bookings of 10 or more, to Community Services card-holders and to Superannuants. Please note that only one of these discounts can be claimed on any ticket.

The Annual General Meeting of the Ellerslie Theatrical Society Inc. was held on MONDAY 19 APRIL 2021 AT at the STABLES THEATRE with a great turnout.

The presidents report can be downloaded here. ETS AGM 2021 - President's Report for 2020

“We are having a bloody nice time.”  And not a virus in sight.

Jess provides a crisp economical and acerbic script that pulls no punches, which allows four extremely competent actors to develop characters that each explore to the full. With continually unexpected aggravating agitation they probe deeply into life’s challenges where each relationship releases festering resentments.

But at the end of this short play we are left with the gentle hope that with honesty, compassion, and intelligence a peaceful resolution might finally emerge.

The subtle direction by Merrin unifies four diverse characters into a riveting divertisment, absorbing us throughout as dominance changes frequently and subplots develop.

Mandy envelops Meryl, mostly centre stage, strong, careworn, and resentful having done her best with what scraps life threw at her.

As Fern/Frances Stasia holds her own as the youngster and though gobsmacked at the start rapidly absorbs most of the eruptions around her with maturity.

Neva is portrayed by Anna as grand, dazzling, but superficial as much came to her easily, though her life for all that is not an easy one.

Ngaire-Ann envelops the rock character of Ann, but she has paid the price for life too, [more fun when everyone hated us] many times over.

The simplistic but subtle set is perfect. At the aftershowdown all of those involved in this excellent production betrayed unashamedly just how much they enjoyed being a part of it. Well done all of you.

The play is twenty years old, but still challenges with events that communities continually wrestle with. Concentration is vital as clues are often slid in tangentially when characters talk past each other as talking heads, upon which you must concentrate to extract the essence. If the central theme is mental rigour in the form of mathematics, the subject is mental illness, which can appear both gently and angrily. Some of the best acting appears, be it mental or physical, when the characters spur each other to outbursts of honesty and occasionally explore love in several forms.

Actors bring emersion to their roles, Jennifer sustaining hyperactive energy throughout, in contrast to the dignified control of Munashe. The interaction and timing between sisters is dynamic. Eric portrayed a geek with gentleness, sympathy, and strength, while Fellis remained self-contained and natural, handling graphomaniacally, and with aplomb the unawareness of his mental condition.

Keith’s set is a visual feast, and if I was smart enough I might have detected the physical slide of mental deterioration across it, and power play on the stairs. Although lighting is subtle, I often itched to tweak the lumen button up a few notches.

Direction from Carl was meticulous and caring, eliciting accuracy from each character, and paying great care to the integrity of the script.

Unfortunate that the run of this sophisticated play had to be curtailed due to a pesky microbe.

A little more sand under the wheels might have provided traction to the philosophical preamble of this play, but once momentum is gained it flows and builds elegantly into a disparate collation of wrongly supposed pigeonholed widows.  Four disparate women, ebullient, effervescent Lotty, delicate, restrained Rose, distanced, brooding Lady Caroline and repressed, perceptive Mrs Graves form an unlikely alliance to enjoy an “Enchanted April” holiday in an Italian villa, away from all the complications of “home” in England.

They are aided and abetted by two totally contrasting husbands, stolid, pompous Mellersh, and charming, devious Frederick. This sextet is completed with an artistic, almost opportunistic landlord Antony, and Constanza, the deliciously irrepressible housekeeper.

Symbolic naturalism abounds with the acacia growing out of a planted walking stick, ground-cover trodden underfoot, and the ever healing and enveloping wisteria’s smoothing balm. As the enchantment richly unravels and prejudices are delicately unpicked we discover ever more revealing threads which provide mystery, drama and comedy by turn. The most delightful aspect of this show is the close knit support and unity amongst the actors, flowing into the characters they portray.

Jason’s direction of this work is excellent, being both faithful to the script, whilst allowing individual cast members to develop their own interpretations of the varied roles. This delivers to us an enjoyable and timeless capture of an era now long gone, to be enjoyed with a hot cup of “indiscreet” tea.

Review: The Ellerslie Festival of One Act Plays 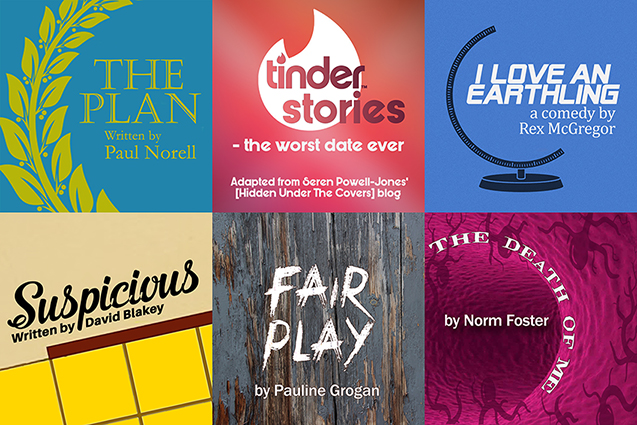 THE ELLERSLIE FESTIVAL OF ONE ACT PLAYS 2019

GROUP A
The Plan . Tinder Stories - The Worst Date Ever . I Love an Earthling


GROUP B
Suspicious . Fair Play . The Death of Me

ONE ACTERS reviewed by Rex Steele

Take an ancient Ides of March and update with a classically humorous power behind the throne scenario. With mixed metaphoric aphorisms our Cicero-like slave saves the day and possibly the bacon by formulating a cunning plan that is possibly not a PLAN….but let’s not be too emphatic on that.

Definitely an up to DATE play for the young, before wisdom and experience get in the way of the shallowness, of exploratory relationships and a lack of consideration for another person’s point of view. The girls have it, but not in depth. Humour is in the ear of the hearer, and good luck to the boy says I if he managed to escape.

Everything has its price. Take what you want and pay for it. Whimsical intergalactic racism in this EARTHY, crisp delight keeps us guessing as to who actually is the more alien. The UFO has provided us with visitors, but are we better off?

Though reworked, an intriguing plot encompassing a plethora of SUSPECT theatrical twists which keep the audience predicting, guessing, and finally applauding as … the butler didn’t do it! Many good plays in Brighton never make it to London, but if this one were lengthened, perhaps it might!
Lighthearted treatment of an age old UNFAIR universal dichotomy. Do you support the haves or the have nots in this dilemma of not owning your own house? A plausible portrayal of tenant versus landlord, with no real quick fix solutions. Would however that I had a phone that made such instant connections.

Being walloped off centre at the first and kept delighting in the black humour and subtlety of observation, the tongue heaves right through to the other cheek. With the profound treated as matter of fact, and clever swapping of dominance, this DEATHLY play abounds with unexpected, pithy bon mot.

Write 50 times: “I am reviewing, not adjudicating.” How does one undo feelings built over a lifetime? These offerings gave us superb acting, and direction, clarity, projection, variation of pace and volume, pauses for emphasis, cheating to audience, gripping characterization, and above all diverse entertainment. But audience, your loudest shrieks of approval are not always necessarily delivered to the right actor or play.

The sun was shining on Sunday the 6th of December creating the perfect backdrop for our Kiwi Christmas float. The cheery scene complete with pavlova, sausages and ‘delicate’ decorations was complimented by a cast of colourful characters including a sleeping grandfather!  Thanks to the Ellerslie Business Association for organising another wonderful parade and congratulations to Renee Palmer and her talented Christmas float elves on your award for best float. Special thanks go to Colin and A.J. Tutill & Son for providing the driver and truck.

If you would like to be involved with the ETS float in 2018 please contact Rona Colbert for more information 09 525 3336 or by email to treasurer@ellerslietheatre.co.nz